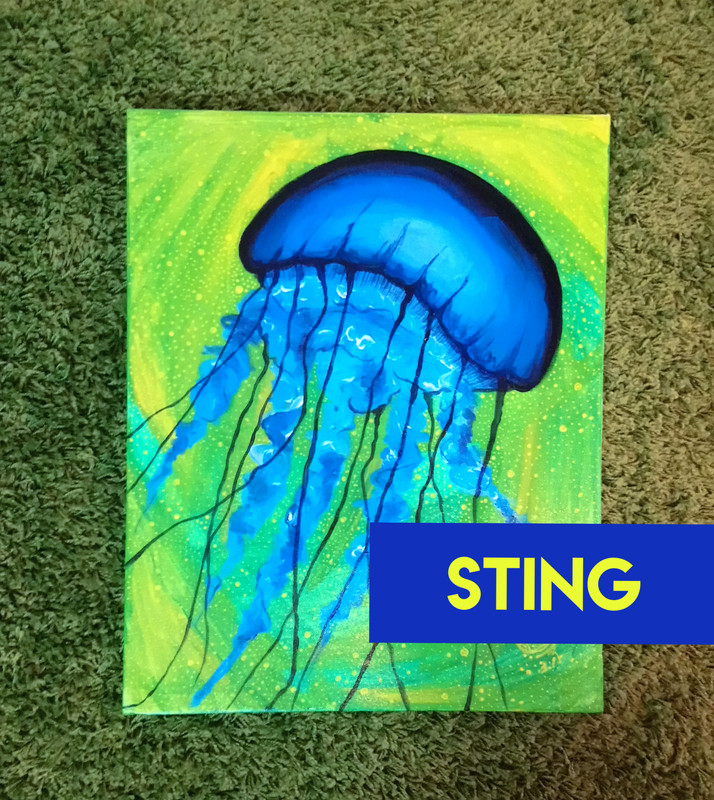 About the painting: The very last Christmas I was able to spend with my mom, she bought me an easel. I put it together and set it up in my studio. Then it just sat there for months. See, I prefer to paint on the floor, sprawled out like a big kid at the center of my supplies and canvas. I do still use an easel from time to time, like in public, as it’s much less harsh on the body and takes up less space. But the floor will always be my first love. Well, this painting happened on one of the times where I utilized my easel. I was in a period of challenging myself to create entire paintings using as little black as possible and this is one of the pieces that came to be during that’s time. The subject,a jellyfish, was also a bit of a personal challenge, because there isn’t a lot of definition to a jellyfish - especially that ruffly bit beneath the dome. When I was working on this, I was painting privately and not really sharing much, soI figured if I jacked it up, nobody would have to see. Luckily, I liked it enough to share, and now we’ve got two dope prints (Sting and Sting Too) from it.

There’s a lot to learn from the jellyfish. Like the ever relevant…don’t touch me. I’ll hurt you. For me though, their grace is unmatched. The way that they just sort of “kick push” their way through the sea is a whole vibe. It’s what makes them so mesmerizing. I could watch them for hours. And some people do. I know because I looked on youtube and there are hour-long videos of jellies. #dassit Just swimming with some royalty free music in the background.

I’m curious, in general, so I googled to see how that whole swimming thing works. How they manage to make it look all effortless and stuff. Trying to see how I can invite this level of chill into my life. Here’s what I learned: They aren’t actually swimming. Sometimes, jellyfish just go with the flow. They hop on a current and let it take them away. No effort required. Here’s the thing with that one though…they can only go where the current will take them. But then other times, you know, when they want options, the type of jelly featured in my painting uses a type of jet propulsion to make its way through the water. They alternate between relaxing to accumulate water in the dome (science people call this a bell) and then contracting their muscles to release a stream of that same water to propel themselves forward.

Well… that was more lesson than I anticipated. For maximum jellyfish vibes: You gotta relax to accumulate. But then, you gotta release to go. And more importantly, if you do too much of either, you won’t be moving. So that's the lesson... Alternate. Catch the rhythm.  Find the flow. Become the balance. That’s where you find that mesmerizing grace.

Sting Pairs Well With: Green, Royal Blue, Yellow. If you're feeling bold, go with orange. Magenta works too. And King Pea is a good print match. 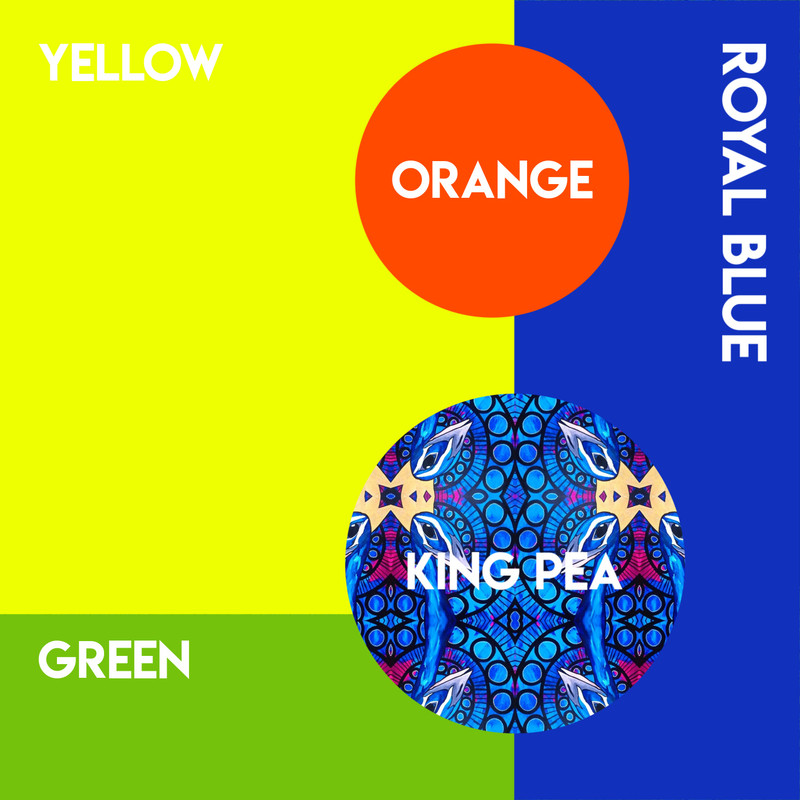